CASH FOR ALL SCRAP CARS

WE TAKE OFF YOUR PLATES

SCRAP Vehicle recycling  778-373-9252 is the dismantling of motor vehicles for spare parts. At the end of their useful life, vehicles have value as a source of spare parts and this has created a vehicle dismantling industry. The industry has various names for its business outlets including auto wreckers Vancouver, BC, auto dismantling yard, car spare parts supplier, and recently, auto or vehicle recycling. Vehicle recycling has always occurred to some degree but in recent years manufacturers have become involved in the process. A crusher of cars  is often used to reduce the size of the scrapped vehicle for transportation to a steel mill.

Approximately 12-15 million vehicles reach the end of their use each year in just the United States alone. These automobiles, although out of commission, can still have a purpose by giving back the metal that is contained in them. 778-373-9252 The vehicles are shredded and the metal content is recovered for recycling, while the rest is put into a landfill. The shredder residue of the vehicles that is not recovered for metal contains many other recyclable materials including 30% of it as polymers, and 5-10% of it as residual metals. Modern vehicle recycling attempts to be as cost-effective as possible in recycling those residual materials. Currently, 75% of the materials are able to be recycled. As the most recycled consumer product, end-of-life vehicles provide the steel industry with more than 14 million tons of steel.

At Junk Car Recycling Vancouver, British Columbia the process of recycling a vehicle is extremely complicated as there are many parts to be recycled and many hazardous materials to remove. Briefly, the process begins with incoming vehicles being inventoried for parts. Then, recyclers start the engine in order to inspect for leaks. After inventory at Always Green Scrap Car Recycling in Vancouver British Columbia, fluids are drained and removed. After the fluids are removed, the final remaining hazardous materials such as battery, mercury are removed.After all of the parts and products inside are removed, the remaining shell of the vehicle is crushed and recycled here @ Junk Car Recycling Vancouver, BC.

Recycling steel saves energy and natural resources. The steel industry saves enough energy to power about 18 million households for a year, on a yearly basis. Recycling metal also uses about 74 percent less energy than making metal. Thus, recyclers of end-of-life vehicles save an estimated 85 million barrels of oil annually that would have been used in the manufacturing of other parts. Likewise, recycling a car keeps 11 million tons of steel and 800,000 non-ferrous metals out of landfills and back in consumer use. Before the 2003 model year, some vehicles that were manufactured were found to contain mercury auto switches, historically used in convenience lighting and antilock braking systems. Recyclers remove and recycle this mercury before the vehicles are shredded to prevent it from escaping into the environment. In 2007, over 2100 pounds of mercury were collected by 6265 recyclers.[2]

778-373-9252 is the phone to call If a vehicle is abandoned on the roadside or in empty lots, licensed dismantlers in the Canada can legally obtain them so that they are safely converted into reusable or recycled commodities. In 1997, the European Commission adopted a Proposal for a Directive which aims at making vehicle dismantling and recycling more environmentally friendly by setting clear targets for the recycling of vehicles. This proposal encouraged many in Europe to consider the environmental impact of end-of-life vehicles. In response, there are companies that will provide services including: the pick-up of end-of-life vehicles from anywhere in North America, the assurance that the vehicle is handled appropriately, the de-pollution of the vehicle in an authorized treatment facility, and the recycling of the vehicle at shredding operations. In September 2000, this legislation was officially adopted by the EP and Council. Over the next decade, more legislation would be adopted in order to clarify legal aspects, national practices, and recommendations.[6] On July 1, 2009 and the next 55 days, “Cash for Clunkers”, was an attempt at a green initiative by the United States Government in order to stimulate automobile sales and improve the average fuel economy of the United States. Many cars ended up being destroyed and recycled in order to fulfill the program, and even some exotic cars were crushed.Ultimately, as carbon footprints are of concern, some will argue that the “Cash for Clunkers” did not reduce many owners’ carbon footprints. A lot of carbon dioxide is added into the atmosphere to make new cars. It is calculated that if someone traded in an 18 mpg clunker for a 22 mpg new car, it would take five and a half years of typical driving to offset the new car’s carbon footprint. That same number increases to eight or nine years for those who bought trucks. 778-373-9252

SELL YOUR CATS FOR CASH TODAY

CATALYTIC CONVERTER BUYER NEAR YOU

GET PAID THE REAL VALUE TODAY FOR YOUR CATS & DPF

WE PICK UP OR DROP OFF YOUR CATALYTIC CONVERTERS

DPF BUYER NEAR YOU

WE BUY ALL TYPES OF DPF & CATALYTIC CONVERTERS TO TOP DOLLAR

MONEY PAID FOR ALL SCRAP CARS

WE TOW JUNK CARS AWAY FOR FREE

ALSO, TAKE YOUR PLATES OFF & DO ALL PAPERWORK

CASH for ALL SCRAP CARS WE RECYCLE IN VANCOUVER.

WE RECYCLE SCRAP CARS IN VANCOUVER BC

WE TAKE AWAY ALL FORKLIFT BATTERIES FOR FREE 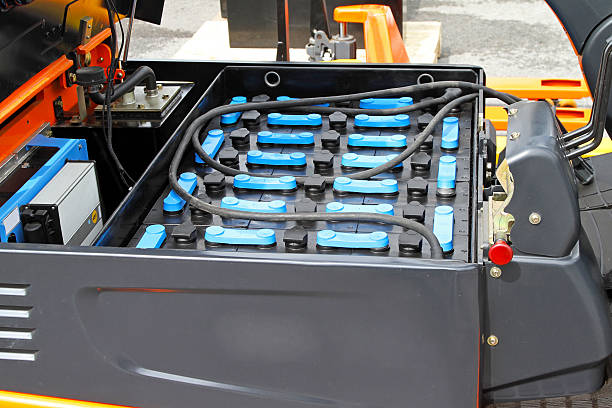 WE BUY ALL WET CELL BATTERIES FOR CASH TODAY

CALL FOR QUICK CASH ESTIMATE FOR YOUR BATTERIES TODAY